Why should you switch Apple Mail to the eM Client?

Why should you switch Apple Mail to the eM Client?

If you own a computer running macOS, this implies that you are a practical person, with a special temperament and good taste, and this explains the interest of the most important software developers in providing their wonderful services to you. One of those services is email management provided by the well-known, powerful and elegant eM Client, which became available for macOS at the beginning of 2019. You'll say OK! But simply what would prompt me to dispense with Apple Mail and replace it with eM Client.. Are there really features worth trying, or just a normal email management program? A logical question, I am pleased to share the details of its answer with you through the following lines. 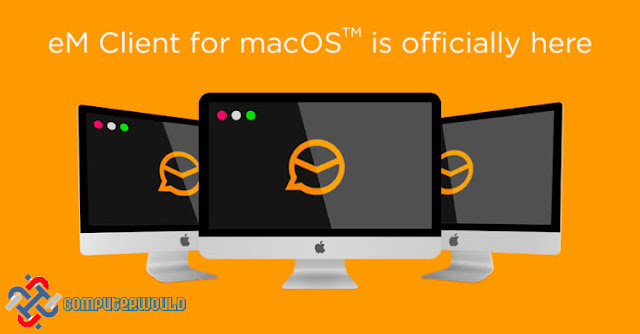 eM Client, the email management giant, may have been late to reach the world of macOS, but it has finally arrived with its full hardware and many great features. Quick notes on unaltered messages are the only reasons why you should ditch Apple Mail and replace it with the eM Client. Let me say that all of the above are just a brief introduction to the great features of eM Client, some of which we will highlight in the following paragraphs:

The attention to the smallest details of the appearance is not limited to the aesthetic concept only, but also to the high functionality with an attractive appearance. It is true that the elegant interface of eM Client allows you to customize it with 10 attractive color themes as you like, but it is also very organized to ensure easy access to all mail, functions and additional features, Which means endless accuracy in work in addition to the attractiveness of a model who can speak 20 international languages 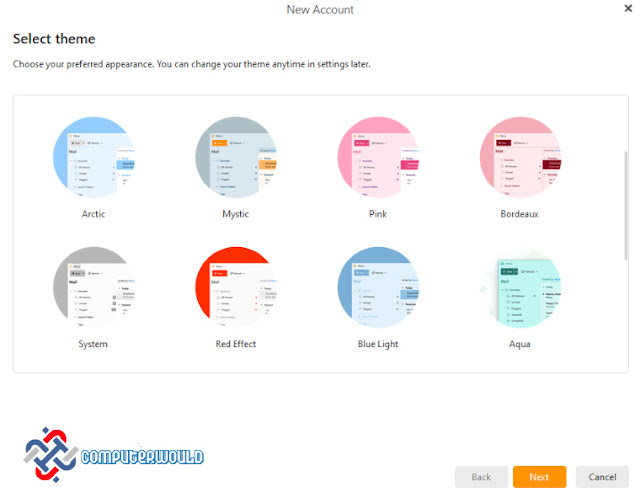 Multiple accounts with one interface

It's great to have an email for Gmail, iCloud, Outlook, and others! But the best thing is to manage them from one place, as the eM Client is characterized by its support for multiple accounts, which saves time and effort, not to mention that all your mail is in front of your eyes. It is true that the free version only supports two different email accounts, but you can add as many accounts as you want once you have the paid version and we will talk about this point in detail later. It is worth noting that eM Client is fully compatible with iCloud and many other servers, including Gmail, which provides most of its services from calendar, chat, contacts and even tasks with the ability to use offline. 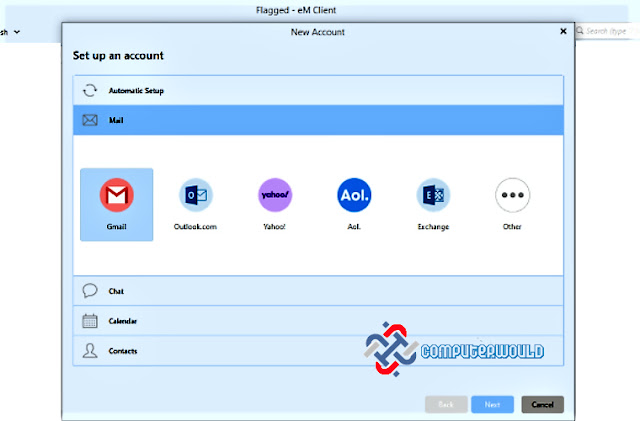 Apart from the huge amount of wonderful features that eM Client offers, especially with regard to categorizing attachments, grouping them in one place and previewing them until sending them without entering the message itself, there are many features that deserve to be highlighted, including creating tables in a smooth way and modifying images, including changing The size of the image before sending, either in standard dimensions or by changing it manually as you wish. It also provides spell checking in several languages, the ability to download external dictionaries, as well as avatars that help you identify the sender, and more and more great specifications.

Using the eM Client does not mean you lose an Apple Mail functionality, quite the contrary, you gain a lot of additional features, and the integration with macOS is at the highest level you can expect, and it even offers automatic data recovery from the Apple Reminders app and to-do list. There is no doubt that the eM Client has been delayed until it became available to macOS users, but it came with full hardware and settled the matter even before it entered the competition!

The beauty of privacy quality, talking here about the PGP encryption system

eM Client is attractive and robust, and outperforms other email management software (including Apple's primary mail) by using PGP (Pretty Good Privacy) encryption for its messages, making messages almost as highly secure as sending a message in a safe. Closed tightly with several locks. Since PGP encryption depends on complex and variable algorithms, this may affect the speed of sending messages so that it is relatively slow, but with a maximum security rate.

The features of eM Client do not end there, there are many, many, including automatic backups and assistive search filters, in addition to quick text and the ability to chat with users of Google, Jabber and others without the need for an assistant application, not to mention advanced archiving and tags on similar messages, and sort them by Days, and don't forget the Snooze feature, which deletes specific mail messages from the mailbox temporarily for a period of 10-30 minutes, which you will not find on the original Apple Mail. Simply, eM Client has won the competition by taking care of features, security, appearance, and not forgetting the details. 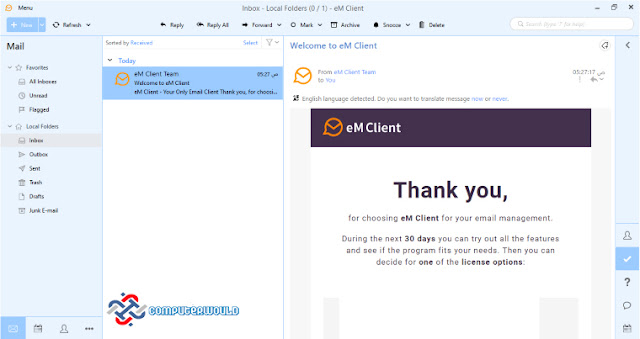 Are there other important differences between eM Client and Apple Mail?

We previously mentioned that using the eM Client does not mean that you will lose one of the functions of Apple Mail, on the contrary, while both applications agree to support exchange, IMAP and POP3 servers, as well as multiple accounts and search, the eM Client outperforms Apple Mail in terms of the ability to install it on Windows Or Mac, in addition to unified mail, support for PGP encryption, avatar uploading, and interconnection of accounts without the need to switch between them.

Does eM Client have vulnerabilities for macOS?

It's obvious that there are weaknesses or flaws in anything out there, but fortunately for macOS users, the flaws of eM Client are negligible compared to the huge features, and those flaws are more than normal. The defects are limited to two things, the first of which is some simple errors that are limited to the application’s continuation sometimes by reminding and aligning the text only minor, which the company is working to fix, and the second is that the Apple user in general is accustomed to its original mail in general, whether: Mac, iPad, iPhone. So you might find it a little difficult to switch between the original Apple Mail app and any other mail, other than that there's nothing wrong with that. It is very similar to painting a mural of the Mona Lisa ingeniously and accurately, and someone criticizes you by saying: There are two 2 mm ink dots on the frame of the painting!

What is the difference between the free and paid version of eM Client?

With regard to security, interface customization and the main advantages, there is no difference except that the free version, specifically starting from the eighth version eM Client v8, has some limitations compared to the paid version. Custom and some exclusive features that can be found on this official page. We can say that the paid version is recommended for commercial uses and you can buy its full features for $49.95 for one time, without any other fees, and it becomes 99.95 in case you want to buy it with life-long upgrades and we must not forget about the existence of discounts from time to time, not to mention the special “discounted price” If you purchase eM Client for multiple devices.
Conclusion: Using the eM Client does not mean that you will lose one of the functions of Apple Mail on the contrary, as you will gain a lot of additional features, however, despite all our previous talk about the great features of eM Client, your experience with eM Client is the final answer to the most important question Why should you switch Apple Mail to the eM Client? What prevents you from trying it then? Especially since you can try it for free without any additional cost but download the application from here.