Despite the development of modern technology significantly, there is no electronic device better and more important than the smartphone, which helps us to accomplish many tasks in our daily lives with ease, and we can take advantage of the smartphone to enjoy some time by playing games, and indeed there are There are millions of smartphone games that you can download on your phone, but instead of wasting your time trying these games, here are 6 new and distinctive games for your phone this week that will help you enjoy your time and eliminate boredom. 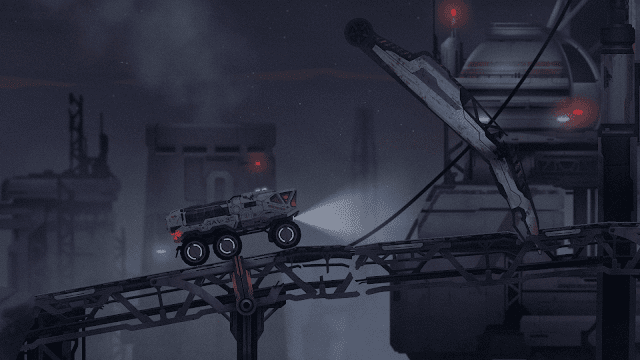 A new adventure game for iOS which is a very powerful game full of action and mystery where your task is to guide the little creature known as “Mono” which is a robotic robot walking in a very dark and mysterious world containing a lot of dangers everywhere and your task here is to help the little robot You have to overcome obstacles and solve puzzles so that you can cross from to the next level and win the game. The game contains many levels that vary among themselves in terms of obstacles and playing styles, which makes the game very interesting and not boring.
Download the game for the iPhone
2. Fist Tower The next game on this week’s list is a very light and free game on Android phones and iPhones. In this game, your task is to hit the big nails and install them in place by hitting them with strong and successive punches with the help of the game’s heroes. In fact, this game is very simple as you can play it with one finger Only, however, it needs a great deal of concentration and accuracy so that the tower does not break while hitting the nails. You can download the game for free via the following links.
Download the game for Android
Download the game for the iPhone
3. Road Rewind 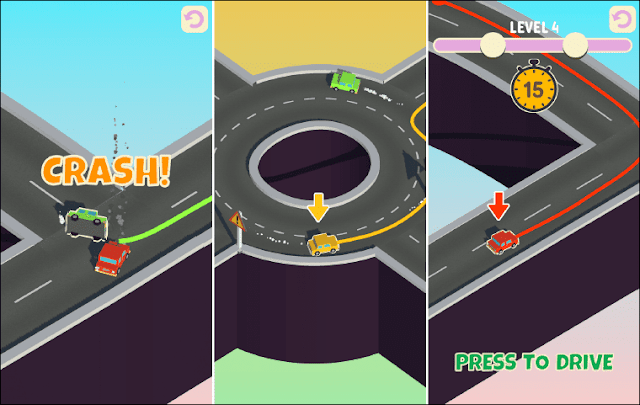 For fans of car games, here is a new and very special game for this week. This game is available for iOS at the moment. Your task in this game is to drive cars and direct them to their respective tracks in order to maintain traffic and prevent road congestion. This game is very simple and easy to control as You can drive the car with one finger by tapping on the screen but at the same time it needs some thinking and intelligence as you have to complete the tasks required of you within a specific time or else you will lose.
Download the game for the iPhone
4. Rocket Bot Royale

There is no doubt that group games are more fun than single games because they enable us to challenge friends and other people over the Internet. Walls, shooting and missiles are everywhere, and the task of each player is to survive as long as possible in the face of fierce competition between opponents. It is good that this game does not contain annoying ads but it has paid features that you can buy within the game.
Download the game for Android
Download the game for the iPhone
5. Star Swiper 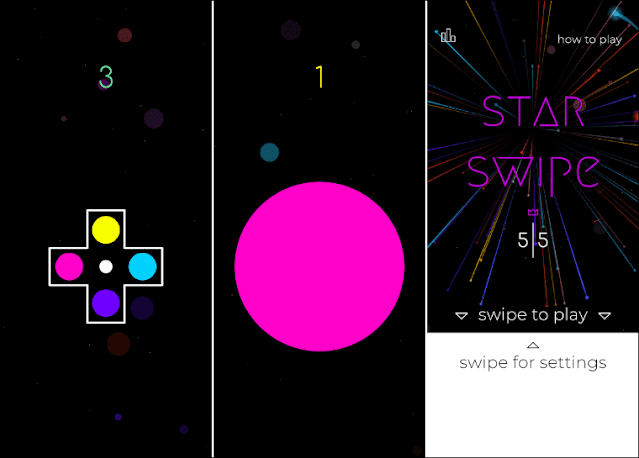 Puzzle games are among the best types of games loved by millions of users because they help you enjoy your time along with improving your memory and way of thinking, and today we have a new and very entertaining puzzle game whose idea revolves around some colored balls that appear in a specific order and then those balls disappear Your task is to rearrange them again in the same way they appeared before. This game is available for Android and iPhone phones, but it is not free as it costs $0.99.
Download the game for Android
Download the game for the iPhone
6. Crux

If you are a fan of mountain climbing, but you did not have the opportunity to practice this sport in reality, you can simulate mountain climbing by default in this distinguished game where your task is to help the hero to climb the mountain and reach the highest point in it, and the game has many features that make it very fun and not boring It includes more than 60 levels that you can play in and it also allows you to customize the appearance of your character where you can choose the color of clothes, hair, etc., but the game is not free as it comes at a price of $3.99 for Android and iPhone.
Download the game for Android
Download the game for the iPhone
Edit This Article
Tags games