A tool called Ventoy which we are going to review with you in this thread. In general, the idea of storing several operating systems or different copies of Windows on one flash drive is certainly great, especially if you have a large storage capacity flash drive. Instead of burning one copy in the traditional way and leaving the rest of the space empty, you can carry all operating systems and even rescue CDs in One USB Flash Drive — Let's Explain How... In case you are reading about it for the first time, Ventoy is a free tool that does not need to be installed on your computer and provides a quick way to get a bootable flash drive from multiple different operating systems. The tool allows you to add any number of systems in the form of ISO files with support for booting through the old version of the BIOS and the new UEFI Bios. What is special about this Ventoy is that it is very easy to use so that all you actually need is to prepare the flash and ISO files for different systems, so it is especially useful for Windows users who have to deal with different versions, each with its own advantages.

Assuming you have already downloaded the required ISO files and have at least 16GB of flash drive, here are the steps you need to follow to burn multiple OS using Ventoy. To get started, head over to the Ventoy releases page on GitHub and click the "ventoy-x.x.xx-windows.zip" link if you're applying the steps on Windows. After downloading the file, decompress it using WinRAR or any other program to extract the tool's running files. 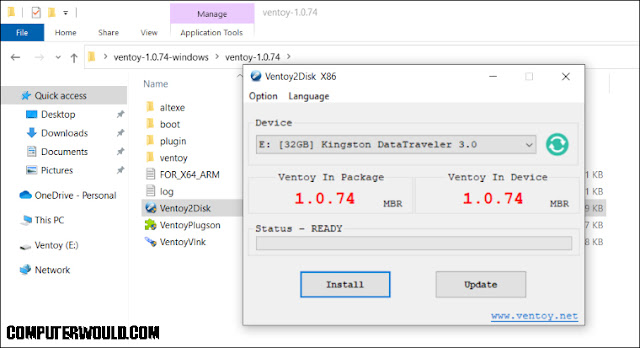 Next, head over to the "ventoy" folder and double-click on "Ventoy2disk" to launch the tool. A normal window will appear where you select the flash memory you intend to use from the Device list. If it is not in the list, make sure it is well connected to the USB port, then press the Refresh icon until it appears. Once the flash is selected, press the "Install" button and Ventoy will initialize the flash drive in a process that takes only a minute to make it a suitable environment for installing multiple operating systems. Of course, it requires deleting all the files on the flash memory, so if there are important files, make a backup copy first. 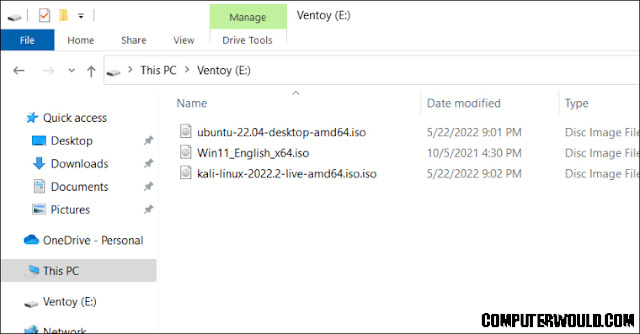 After the flash initialization is complete, you will notice that it has been renamed to "Ventoy" and is completely empty. All you have to do now is copy all the ISO files to this flash, whether it is multiple copies of the Windows system or even Linux distributions, it does not matter the name or type of the operating system as long as it is stored inside an ISO file that accepts self-boot. As mentioned above, you can add any number of files the same size as the flash drive. Once finished, you will have a USB flash drive that can be booted from more than one operating system. 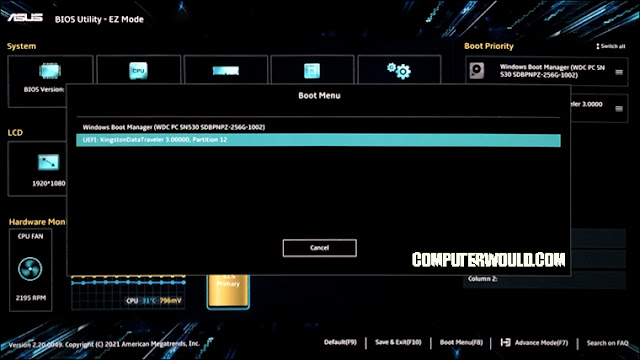 Now if you want to install or run any copy on the computer via the Ventoy tool, the next step is to go to the BIOS screen to make the computer start booting from the flash instead of the internal storage, and let's agree that this process varies from one device to another. For example, on our ASUS laptop, we needed to press and hold the F2 button and turn on the device while continuing to press F2 until the BIOS screen appears, after that we click on the Boot Menu option at the bottom and then select the USB flash drive and press Enter to start booting to the flash drive, not the hard drive. 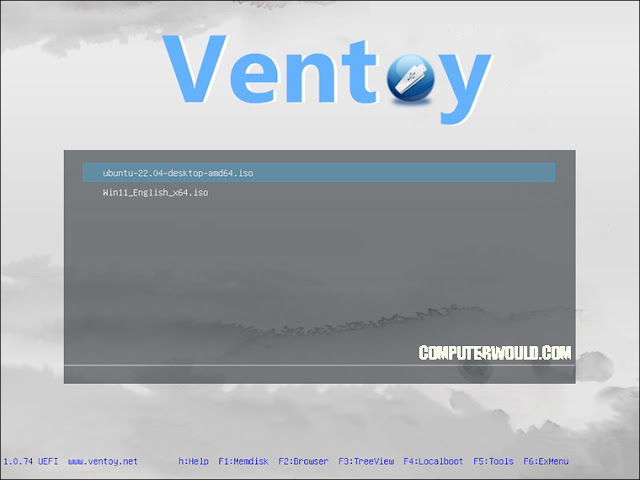 Once you boot into the flash memory, the Ventoy interface will appear in front of you as shown in the attached image above, and it contains a list of the names of the ISO files that you put in the flash. Using the arrow keys on the keyboard, select the operating system you want to install or boot to, then press Enter and the Ventoy interface will immediately disappear, showing the installation interface of the system you selected from the list.