Correct ways to extract Wi-Fi password from Android without root

Fortunately, if the phone is running a recent version of the Android system, it is possible to extract this word without the need to root, as was the case with the old versions. We have already explained the method through various articles, but below let us review all the possible ways to extract the Wi-Fi password from Android. 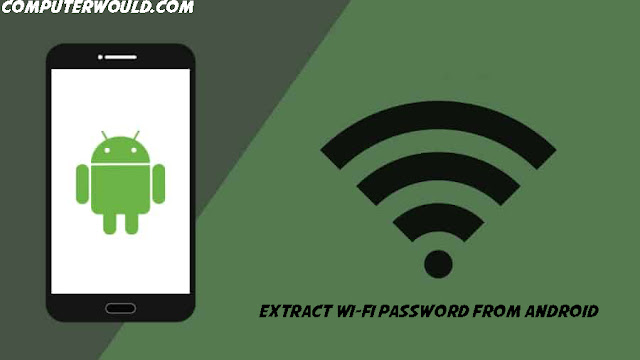 In recent versions of Android, that is, starting with Android 9 that was launched in August 2018, new settings and improvements have been added that facilitate the use of smartphones, one of which is the addition of the ability to share a Wi-Fi connection with other devices by means of a QR Code, meaning that it is stored Network connection data in the QR code and as soon as it is scanned through the camera of the other phone, the option to connect to the network is displayed without the need to enter this data manually. It evolved with Android 10 and Google added the ability to see the password of the network connected to it now without even having to scan the QR code, let's explain how below... 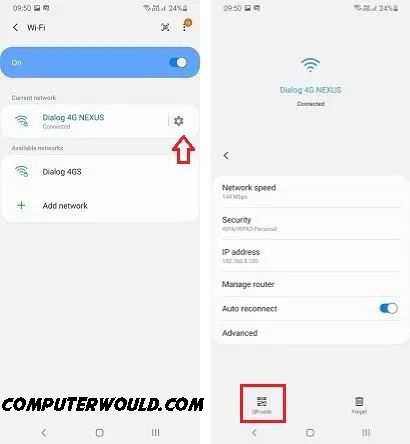 Start by opening the “Settings” application on your Android phone, then go to the “Network & Internet” section, then click on “Internet” and then in the “Wi-Fi” section, click on the gear icon (⚙) in front of the name of the Wi-Fi network to which you are connected. Displays the settings page for this network.

Note, the steps may differ due to the variety of Android interfaces from different smartphone manufacturers, so for the previous steps they apply to any Android phone running the raw Android interface, especially Google Pixel phones. But in the case of OnePlus phones, for example, that run on the Oxygen OS interface, you have to click on Wi-Fi & Network after opening the Settings app, then click on “Wi-Fi” and then the gear icon (⚙) in front of the network name. 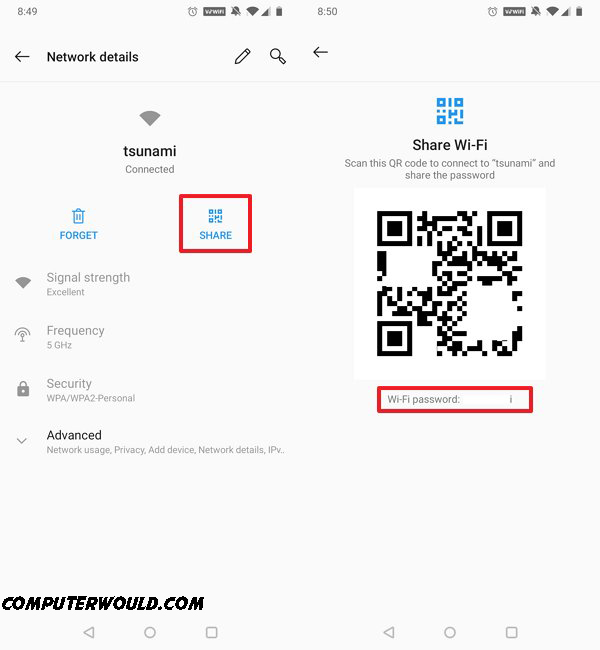 On the network settings page, which also includes information about the network such as signal strength and connection frequency, at the top you will find an option called Share, tap on it and you will be taken to a new page containing a QR code that someone else can scan to connect to the network, but the password is also displayed This network is explicitly and publicly under the QR code as shown in the image above.

We have already tried this method on one of the Google Pixel phones and also OnePlus, but for Huawei, Samsung and Xiaomi phones it is a little different due to the different layers of customization in each of the EMUI, MIUI and OneUI interfaces, where the Wi-Fi password is not displayed directly but at least it allows sharing the network connection Through the QR code and through a simple trick, we can extract the password stored in this code, here's how..

First of all, you will need to know the QR code of the WiFi network whose password you want to know, again the method differs from one phone to another. You can find out this code in Huawei phones, for example, by opening the “Settings” application, then heading to the “Wireless & networks” section, then click on “Wi-Fi” and make sure to connect to the network, then click on the Wi-Fi name from the list "Available Networks" and a window with the QR Code will appear immediately. All you have to do now is take a screenshot of this code, so drag the status bar down and hit the "Screenshot" option.

On Samsung phones, you can find this icon by opening Settings, then going to the Connections section, then clicking on “Wi-Fi” at the top of the list and clicking on the name of the Wi-Fi network or the gear (⚙) icon opposite it. On the network settings page that appears, click on the "QR code" button below to display the QR code in front of you. What is distinguished in the OneUI interface is that it gives you the option to save this code in the form of an image, which is what we need. You can click on the “Save as Image” option below, and if you do not find this option, you can just make a screenshot of the code.

Now all we need is to extract the WiFi data saved in this QR code, and in case you might think that it is a difficult process, you are wrong. You can accomplish this process directly through the Google Photos application if you use it on your phone. After opening the application, view the image that contains a “screenshot” of the code, then press the “Lens” option below, and after a few moments, the QR Code will be read and data will be displayed. The network is in the window below, and as shown in the image above, the data includes the name of the network and the password to connect to it.

If you do not use Google Photos, you can download another application from the store, such as QR & Barcode Reader, which is dedicated to decoding QR codes, or even visit the QR Code Reader website from the browser. Anyway, these were the correct ways to extract WiFi password from Android, it may involve multiple steps, but remember that at least it is easier than rooting the phone!