Why is the progress bar when copying or downloading files not accurate?

Why is the progress bar when copying or downloading files not accurate?

When you upload a file from the internet to your computer, move a folder from one location to another on a volume, or install a new program, a progress bar appears to indicate how complete the task at hand is surely useful to indicate whether the process will take some time or be completed in a jiffy. However, if you focus on the estimated time to complete the task, which it displays alongside other data related to the file, you will notice that it changes randomly and is completely imprecise. The task is seen to be 50% complete in half an hour and suddenly the estimated time changes to 2-3 hours until the task is complete!

You have most likely encountered this situation one day, which made you wonder why the progress bars are so inaccurate in calculating the timing of the completion of the process? In fact, the topic needs to review several complex factors to understand the mechanism of progress bars, whether they appear during downloading or transferring files or installing programs, so let us explain the reasons from the following lines. 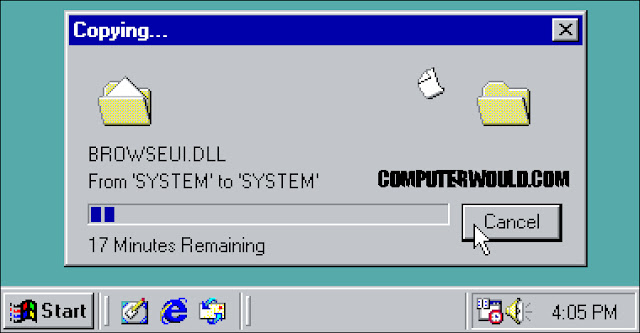 Of course, we are talking here about the progress bar that appears in download managers or browsers when downloading a file from the Internet. The estimated time often tells you that the whole process will be completed in two minutes, and while you wait for the last seconds, the time jumps to half an hour! What happened here?! It is necessary to realize, dear reader, that the principle on which the time remaining to complete the progress bars is generally calculated is simply dividing the remaining volume of the download by the average data transfer speed, resulting in the time remaining to complete the process. 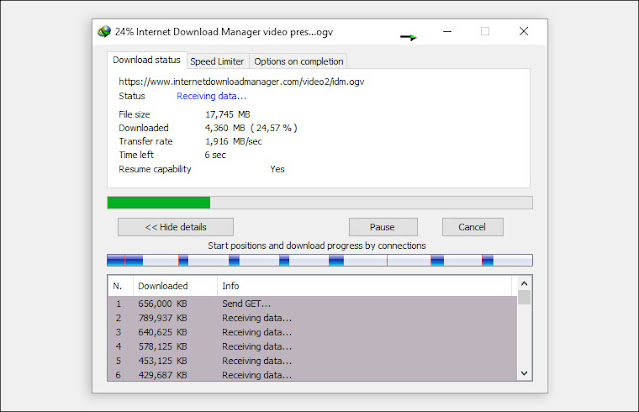 In our case, i.e. downloading a file from the Internet, the speed of data transfer expresses the speed of your Internet connection, which is rarely fixed at a certain speed, so you find that the process started at a speed of 15 Mbit / s and by the time it was completed decreased to 3 Mbit / s, which multiplies the estimates made by With the computer since the beginning of the process, the computer is forced to recalculate the estimated time based on the new speed in the process of progressing.
Of course, this is very likely to happen, as the connection speed here is affected by several factors, the most important of which is related to the stability of the network itself, or if other tasks start consuming the speed of the Internet at the same time as the download, or there is pressure on the network by other devices connected to the router. However, the Internet speed cannot be considered the only factor in the difference in the progression of the download bar from what it is estimated, there are other factors that are quite apart from the speed of the connection such as:
Unavailability of all parts of the file to be downloaded: We mean here the case of downloading files from the Internet using torrent technology, as you know that this technology does not depend on downloading the file directly from a specific server, but rather it is divided into several sections before distributing it to users who download the same file from different places Each user owns a specific section of the file and re-uploads it to the network after downloading it completely to his computer.
Now when it's your turn to download this file to your device the progress bar will start giving realistic and correct estimates until at some point it comes to a complete stop or works slowly, even though your internet speed is stable. The most likely reason here is that certain parts of the file are not available and therefore the estimated time increases by several hours after it was estimated to be a few minutes as you have to wait for one of the devices sharing the file to connect to complete the missing part and resume the download — this is a rare case but it is worth noting. 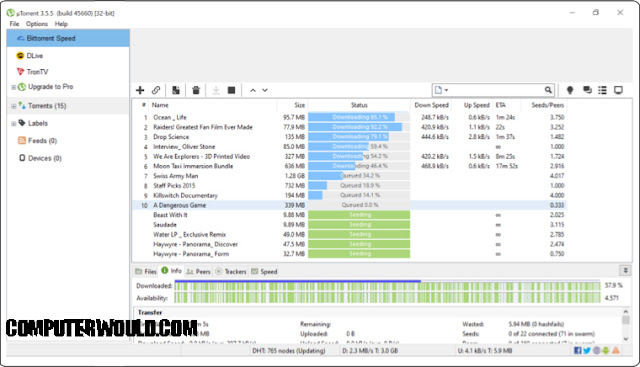 The server hosting the file is slow: If the file you are trying to download is large, i.e. gigabytes, it is often hosted on several servers that share parts of the file together to avoid putting pressure on a particular server in case this file is necessary and millions of users download it simultaneously . As a result, some servers are faster than others, which leads to the inaccuracy of the estimated time for the completion of the download process. When moving from one server to another, the time changes according to the response speed of this server.
There are many other reasons, but one thing in common, which makes the progress bar while downloading files from the Internet inaccurate, is the emergence of sudden problems that are difficult to predict and take into account when estimating the time remaining to complete the process, the result of which is a slower bar and more time left than what was calculated pre.

As is the case when downloading from the Internet, it is not possible to copy or move files between volumes on your device at a uniform speed throughout the process, but rather it is a variable speed and is affected by several factors, the most important of which is that the file parts are small and many, for example when copying a single file of 500 MB It is faster than copying several files totaling 500MB because the nature of the data transfer process requires the volume to process each file individually and store it in its proper place which takes longer to finish the process.
Also keep in mind that if the volume to which data is being moved/copied is full the process will take longer and the remaining time cannot be accurately estimated because the available storage sectors are stacked and therefore the volume needs to find empty sectors in separate places to write data to .

Also, if there are several other tasks running in the background and consuming the capabilities of the storage while you are moving or copying data, the speed of the process will be affected immediately. For example, you are moving a large file from a USB flash drive to the hard drive while a Windows update is being performed, files are being backed up, or even you download new files and are stored on the same hard drive, all of these tasks put a burden on the overall performance of the hard disk and therefore the progress bar will not be able to predict Remaining time to finish the process accurately.
Again, these factors are not predictable when calculating how long a file copy or transfer process will take, so the progress bar constantly tries to keep abreast of changes that affect the speed of data transfer and provides new estimates that are closer to the impact at every moment.

Well, what about the accuracy of the progress bar when installing programs?

Although the process of installing a program or a game usually involves copying files from one place to another (from the CD, for example to the game site on the hard drive) or downloading additional files from the Internet and therefore the same reasons apply to the inaccuracy of the progress bar during the installation process, the There are additional factors that could cause the progress bar to mislead, causing it to incorrectly estimate the time remaining to complete the process. 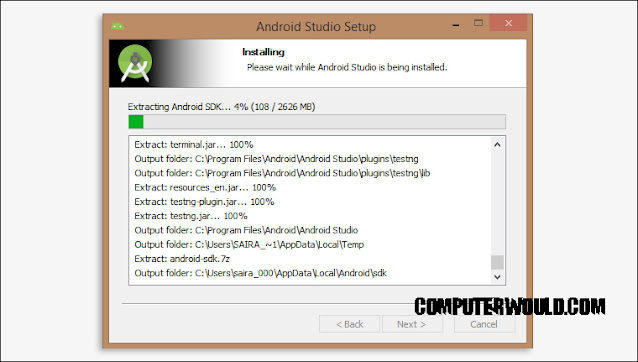 For example, if the game is very large or the program is huge, then the installation process often involves decompressing a set of files at the same time, which are the files used to complete the installation process without errors or problems. Here the process of decompressing files depends not only on the data transfer speed of the hard drive, but also the speed of the processor (CPU), which may be slow depending on the age of your device, taking into account other processes and syncs that are routinely done in the background on the device, which leads to an increase in the installation time It is difficult to estimate correctly.
It's worth noting that games and software during the installation process require multiple and fragmented steps that vary in speed with each step and how efficient and responsive the device is, such as putting a data set together to finish the job which can increase time if the processor is weak. So the process time is predicted depending on the current step of the installation process and it will be difficult to predict precisely how much time each step will need to complete successfully, as a result time estimates vary greatly during the entire process.

Can I make the progress bar more accurate?

Unfortunately there is not much you can do about it, making the progress bar for copying or uploading accurate is very difficult due to the presence of various variable factors that cannot be controlled or adjusted to a great extent as indicated from the previous lines. However, there are some tips that you can follow to get a more accurate estimate such as keeping your internet speed stable while downloading by cutting back on other internet consuming tasks on your computer or limiting the use of your other devices during the download process.
There are also some programs like TeraCopy for file transfers that provide more accurate progress bars compared to the Windows File Transfer tool that shows the expected time and percentage of copies based on more realistic calculations, but of course it won't help you in other areas such as predicting the correct time to complete the installation of a program or game .
Finally: these were the reasons why the progress bar was inaccurate while you were copying and uploading, it now makes sense that the bar is not perfect, especially because of the difficulty of adjusting the causes that lead to this problem, which for some seems to be a minor problem, while for others it may be a problem Software needs solutions to provide a better degree of technological use for professional or even entertainment purposes. But do programmers care about this problem, or are there more important problems that need solutions, because adapting to the problem is the solution currently available until radical solutions are found that may become available in the future
Edit This Article
Tags hardware