How to change the location of the taskbar in Windows 11

Windows 11 comes with completely new elements in the user interface, and perhaps the taskbar is a good example of this, as Microsoft dispensed with the old taskbar in Windows 10 and developed another bar from scratch in line with the design approach taken at the system level. While program icons are now in the middle of the screen and there are beautiful transition effects and other welcome improvements, rebuilding the taskbar from scratch removed some of the capabilities used in previous versions of Windows such as the ability to change the position of the bar on the edges of the screen or at least change Taskbar size.

Fortunately, Microsoft did not remove the code values ​​responsible for locating the taskbar in Windows 11, this means that it is still possible to change the position of the ribbon through a simple modification in the Windows Registry, so let's explain how this is done through the following paragraphs. 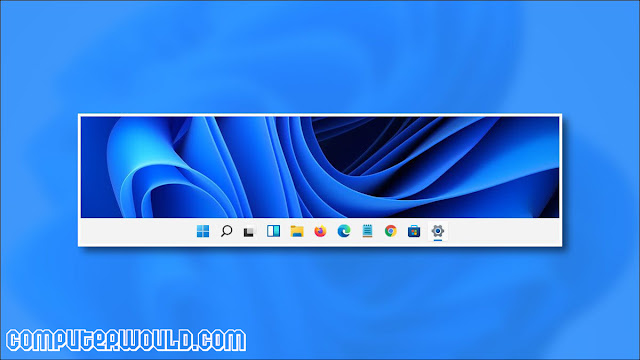 Since there is no direct setting in Windows 11 to change the location of the taskbar on the screen, we will use the Registry Editor to forcibly control the position of the ribbon by adjusting the code value assigned to this command, but in case of any error we suggest that you backup the registry as any change is not Intended values may cause the entire system to collapse. After that, all you have to do in the beginning is to open the Registry Editor tool by clicking the Win + R (s) keys together to open the Run window and then type “regedit” and press Enter, or you can just type “Registry Editor” in the search field under the menu Start and run the tool from the results. 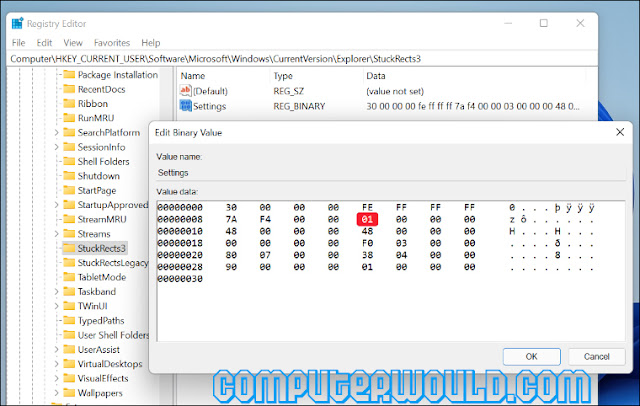 After the Registry Editor window appears, navigate to the following path, either using the tool's sidebar to navigate between folders or just copying and pasting the path into the address bar at the top of the window:

Once you select the StuckRects3 folder from the sidebar, you'll find just one value named "Settings", double-click on it and the "Edit Binary Value" window made of numbers looks a bit scary! 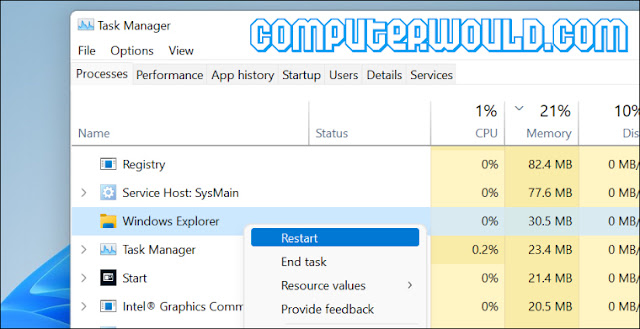 Of course you won't notice any difference now, but you have to restart the "Windows Explorer" process which in turn refreshes the desktop to see the effect of the new changes. To do this, use the keyboard shortcut Ctrl+Shift+Esc to bring up the "Task Manager" window. If this is the first time to launch the task manager, click on the "More Details" option. Now make sure that the "Processes" tab is selected and scroll down until you find a process named "Windows Explorer" right click on it and choose "Restart".

In our experience, when you move the taskbar to the left or right edge all the icons will disappear and only the quick settings icons will appear in the corner, making the taskbar somewhat unusable.

In any case, Microsoft may address this matter in upcoming updates or add the ability to officially move the taskbar in Windows 11 through the settings, as a large segment of Windows users have already used the Windows system with the taskbar hanging at the top of the screen or on the side edges. .