add a lock pattern to the computer as on the phone

Security options are present in every operating system and are considered an essential part of it, and their forms vary from one system to another, and the most famous of these forms is the password consisting of numbers only or letters and numbers. Then Android came and insurance appeared with it using a specific pattern that draws between 9 points or Pattern Lock through which the phone can be locked via Making a map in different directions that opens and closes your phone with it, an option that does not exist in Windows and you may need to add it, so we will learn in this post a program to add a pattern lock to the computer as on the phone. 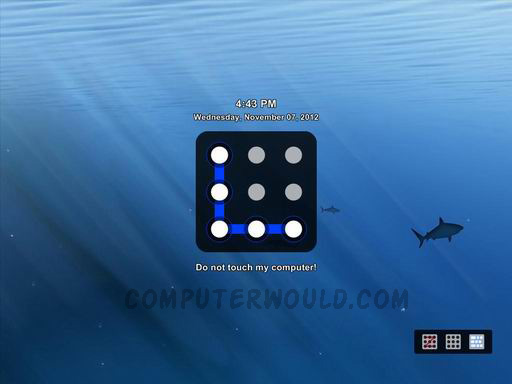 The Maze Lock for Windows program enables you to add a Pattern Lock for Windows with ease, download the program from the link at the bottom of the post and after installing it, this message will appear telling you to make the pattern for the first time 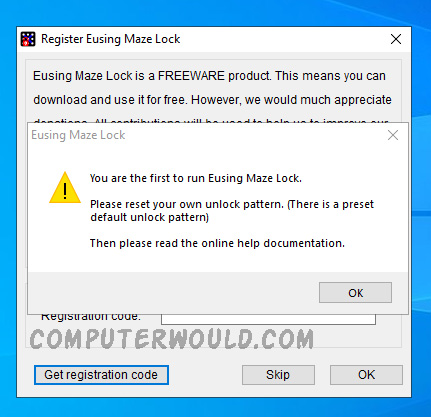 After you open the program interface from the Reset pattern section, draw the pattern you want and you will find 3 buttons, the first to reset, the second to save an image of the pattern in case of forgetting, and the third to change the number of pattern cells 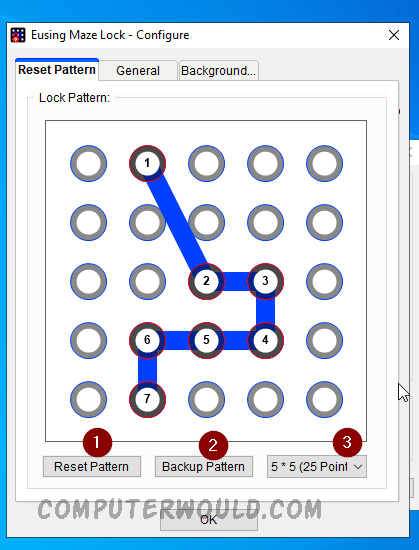 And from the Configurations section, you will find many options to set it, such as starting with Windows and auto-locking after a certain period, and other options such as disconnecting the Internet from the computer and sending a warning in case of wrong input a certain number of times 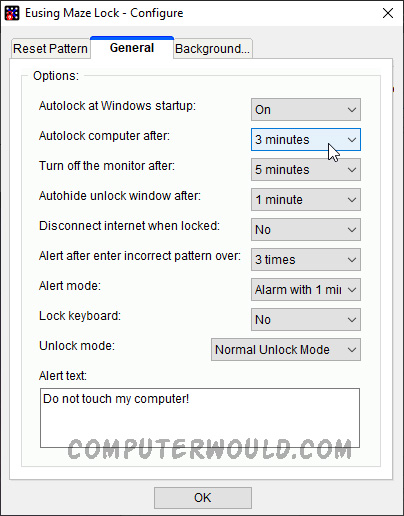 From the Background section, you can choose any image as a background or leave it transparent, and after completion, press OK to save, and when you want to lock the screen, press the icon next to the clock or the shortcut win + ctrl + A

From the settings, you can set the alarm so that the computer shuts down when the wrong code is entered. You can also leave a message for those who try to open the pattern as it appeared in the previous picture