During the WWDC 22 conference, Apple unveiled the next update to its smartphone operating system, iOS 16, with many features that we have already reviewed in the conference summary, and there will be a group of other articles in which we will discuss important features. in detail. But the release of iOS 16 today does not mean that if you check the software update page in iPhone settings you will find a new update notification, the stable version of it does not. will be available only this fall, probably next September, coinciding with the announcement of the iPhone 14 series phones But if you are determined to download the update and try out the new features now, you can download the first beta version of 'iOS 16 and install it on your iPhone by following the steps that we list in the following lines. 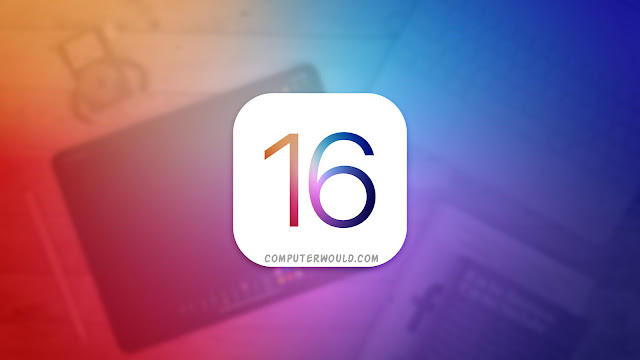 To download the iOS 16 beta, you need to join the Apple Developer Program, as the first beta is only available for developers. However, that is not important, you can download iOS 16 now without a developer account.

Needless to say, beta builds are inherently unstable, especially when the operating system is still in the early beta stage, as installing them can lead to issues such as rapid battery drain, overheating, and other issues. unexpected. It is therefore recommended to perform the following steps on a phone for testing or a secondary phone. If that's not possible, you might want to wait for the iOS 16 public beta, which has better stability than the initial developer beta releases.

Save a backup before updating to iOS 16 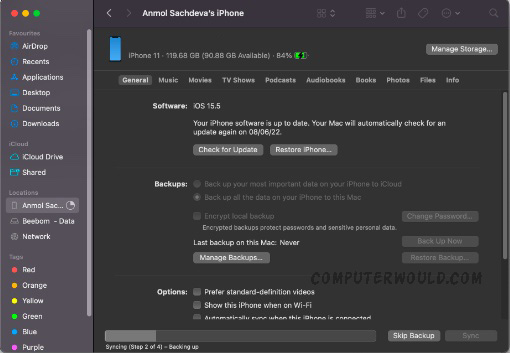 It is important to start backing up your iPhone data now before doing anything. If you go straight to iOS 16 and then something goes wrong, downgrading to the latest stable iOS 15 will cause you to lose all your data. So I do an iCloud Backup or store the backup locally on my computer through iTunes which is the preferred method. Where you connect the iPhone to the computer and then launch the iTunes program. Next, click on the iPhone mini icon at the top, then press the Back Up Now button and select whether you want to save an encrypted or non-encrypted backup (it is preferable to choose the encrypted version to make sure all data is backed up), and wait for the process to finish.

Download and install the first beta version of iOS 16 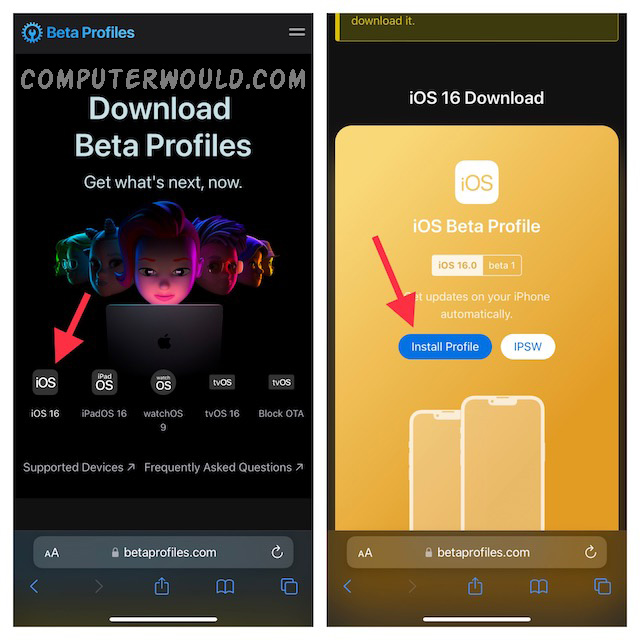 The easiest way to update your iPhone to iOS 16 is by downloading the developer beta profile. But access to this file, in addition to the developer software package, requires a developer account to be created on the Apple Developer Center site and membership costs $99 per year. However, registration with a developer account is not necessary as there is an “unofficial” but trusted site called Beta Profiles that allows you to download the iOS 16 beta profile as well as iPadOS 16 and others for free.

So, the first step after backing up your data is to open the Safari browser on your iPhone. And here I mean Safari specifically and not any other browser, as it is only possible to download profiles on the iPhone through Safari. Next, go to betaprofiles.com and scroll down and click on the "Install Profile" button under the iOS 16 Download section. When a confirmation message appears, press Allow to begin downloading the file immediately. 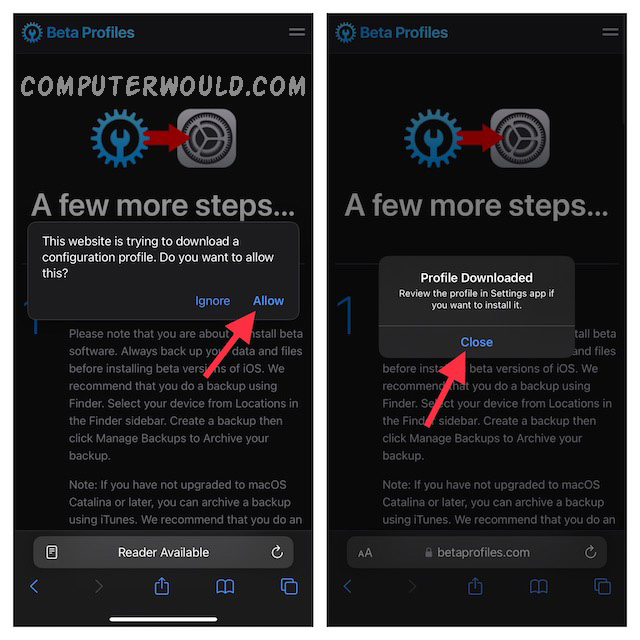 After that, the text of Apple's license and terms regarding the iOS Beta version will appear. If you agree, press the "Install" button and confirm the command by pressing Install again to start the installation process of the profile. Seconds later, a pop-up message will appear asking to restart the iPhone to apply the changes, press the "Restart" button and wait for the phone to restart again. 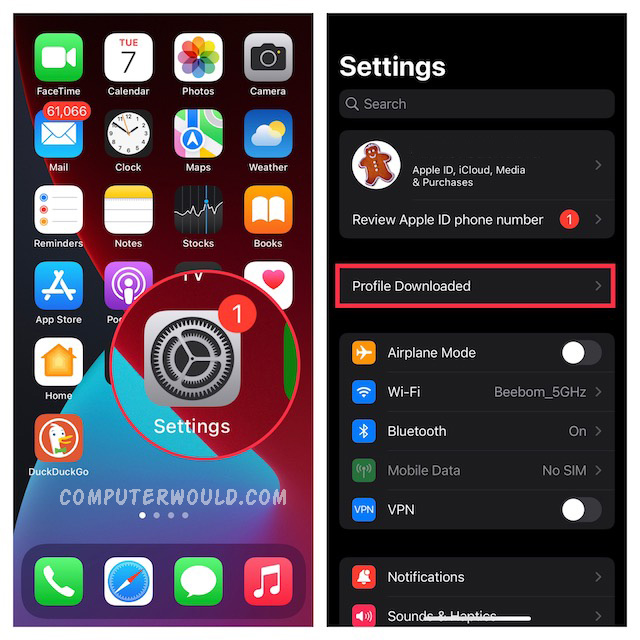 After your iPhone turns on, go back to “Settings” then “General” and tap on “Software Update” where the iOS 16 Developer Beta should appear [as shown in the image below]. 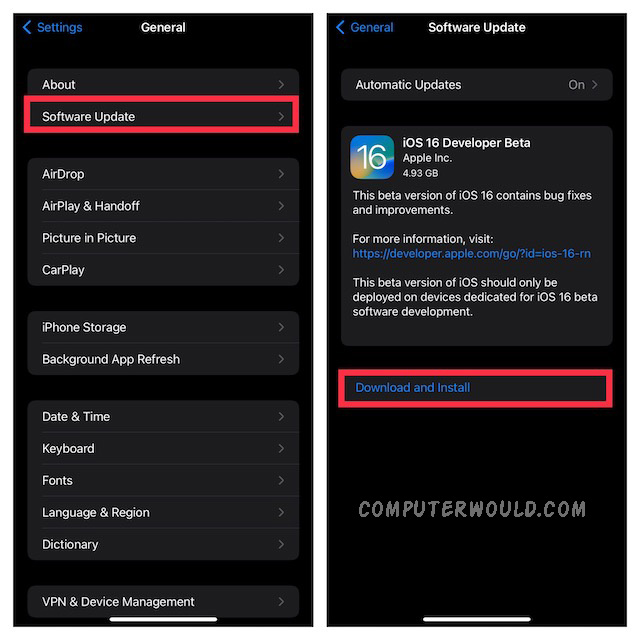 Now click on Download and Install and choose either Download Only or Download and Install Automatically from the list, then enter the passcode, and wait for the process to finish. Here, the time taken depends largely on the speed of the Internet connection, as you can see, the update is rather large (4.8 GB). After that, it will take some time to prepare the update. Finally, it will take another 10 or 15 minutes or so to install. Once done, you are ready to explore the all-new features of the iOS 16 update.